This tart (using ‘tart’ as a loose term for this- there’s no pastry or baking involved) is so easy to put together but makes for a really delicious plant based dessert. The crunchy base is laced with tahini and sesame seeds so the earthy flavour really comes through, and the filling has a savoury note thanks to miso paste, and is super smooth and creamy courtesy of my favourite plant based brand- Oatly.

Pavlova is a Great British classic, and although we usually associate it with summer days and strawberries, it’s a really versatile dessert which can be adapted for any time of year simply by changing up the seasonal fruit toppings. I love this variety as the fresh winter citrus and spiced mascarpone combined with a pop of pomegranate makes for a fresh alternative to a heavy Christmas pudding; perfect after a mammoth Turkey feast.

It’s no secret that I love anything laden with sesame, so was thrilled when Sesame Kingdom sent me some of their delicious coffee halva, halva spread and tahini. I’m going to incorporate each of the products into a bake, and thought I’d start off with the halva, which I’ve used in brownies, ice cream and chocolate cakes before. I thought this time it made sense to try it out with some seasonal fruit and nuts and it works really well in this understated loaf format (especially warm, thickly sliced and smothered in salted tahini butter!).

For the tahini butter 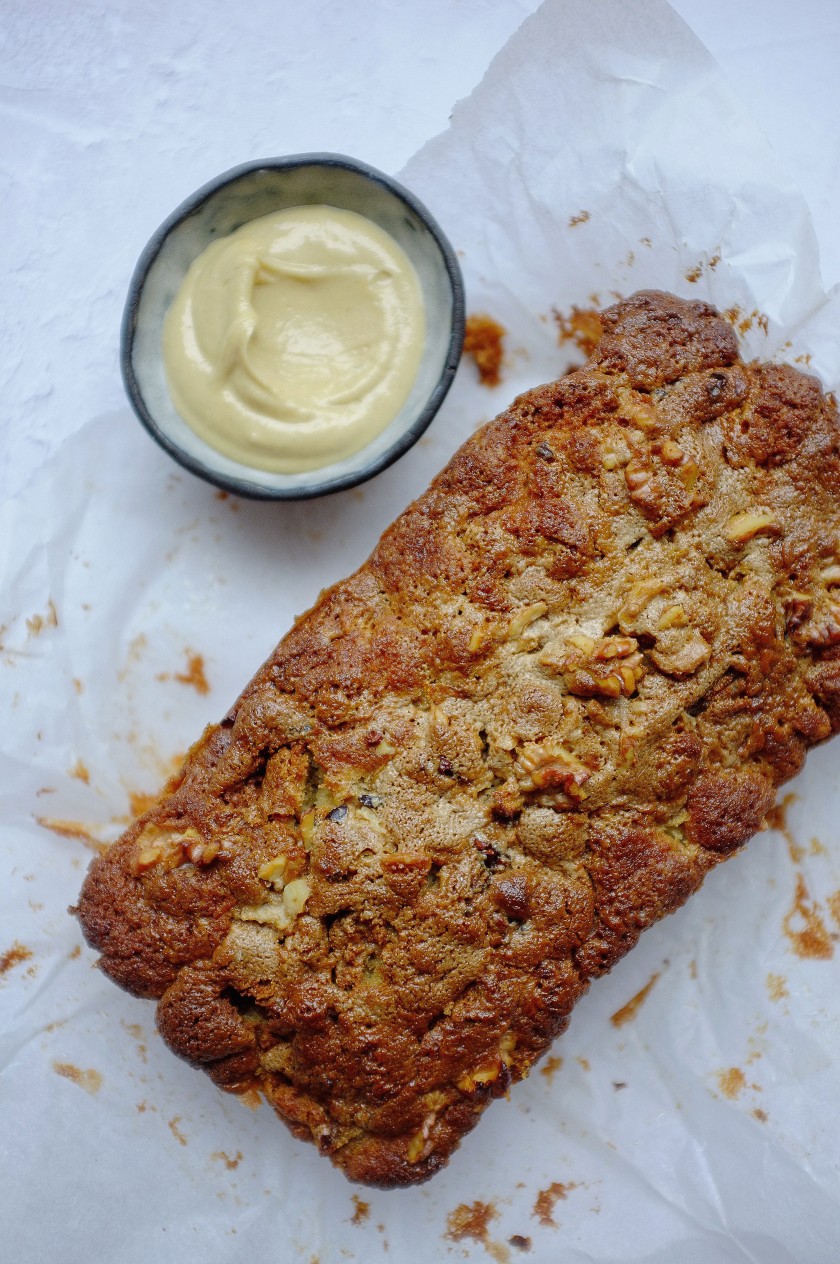 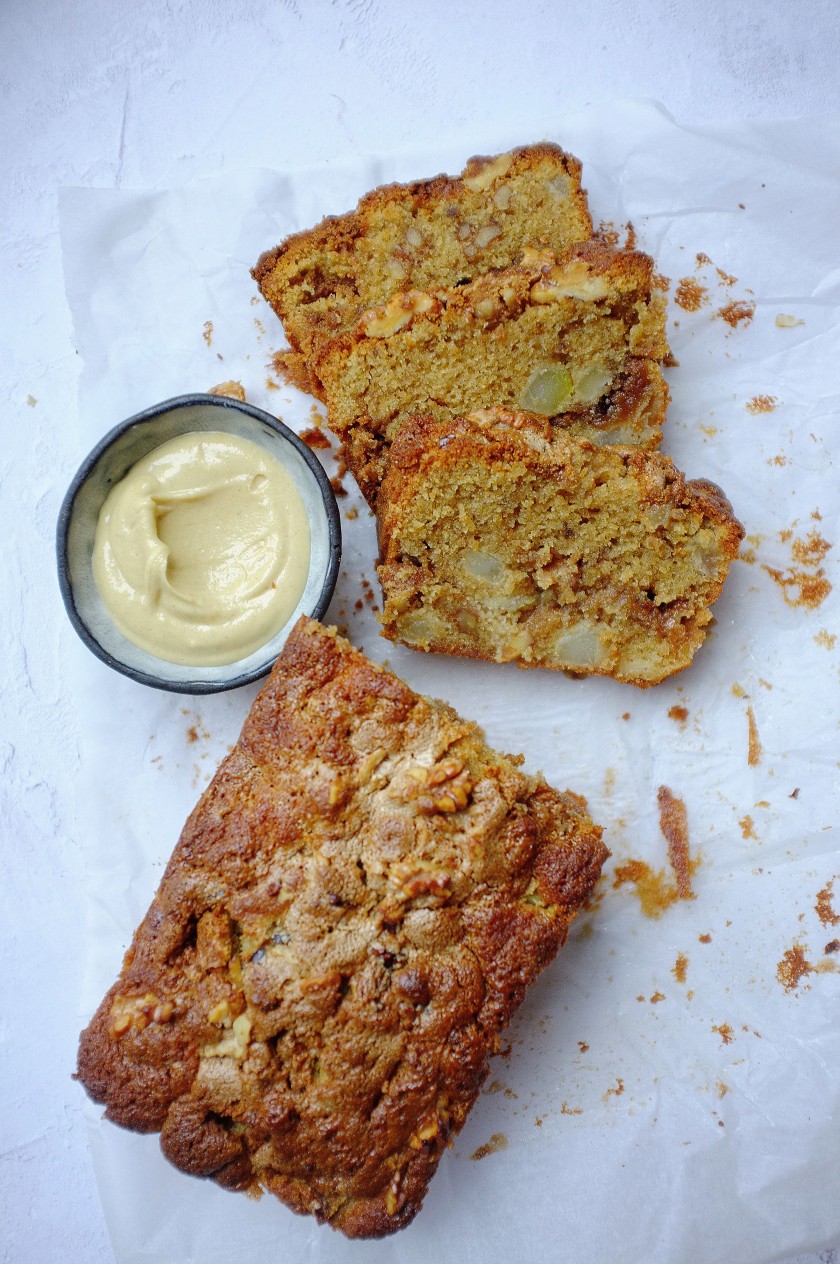 As someone who is perpetually cold I favour the summer months weather-wise, but when it comes to food seasons, Autumn is the winner for me. Root vegetables, roasts, comforting one-pot dinners and baked fruits, sugared and spiced; you can’t beat them. With this in mind and as an ode to the season and the produce that comes with it, I’ve created a hedgerow-themed celebration cake. Made up of spiced sponges studded with Bramley apple pieces, a tart blackberry compote and smooth salted caramel Swiss meringue buttercream- it’s a bit of a project bake, but so worth the effort.

For the blackberry compote

For the Swiss meringue buttercream (I’d only attempt this with electric whisk/beaters!)

Galettes are super versatile, simple to shape and look really impressive. This one is filled with a hazelnut frangipane, greengages tossed in vanilla, and an early crop of blackberries; a delicious celebration of late summer produce, especially when served warm from the oven with a generous helping of ice cream or whipped mascarpone. 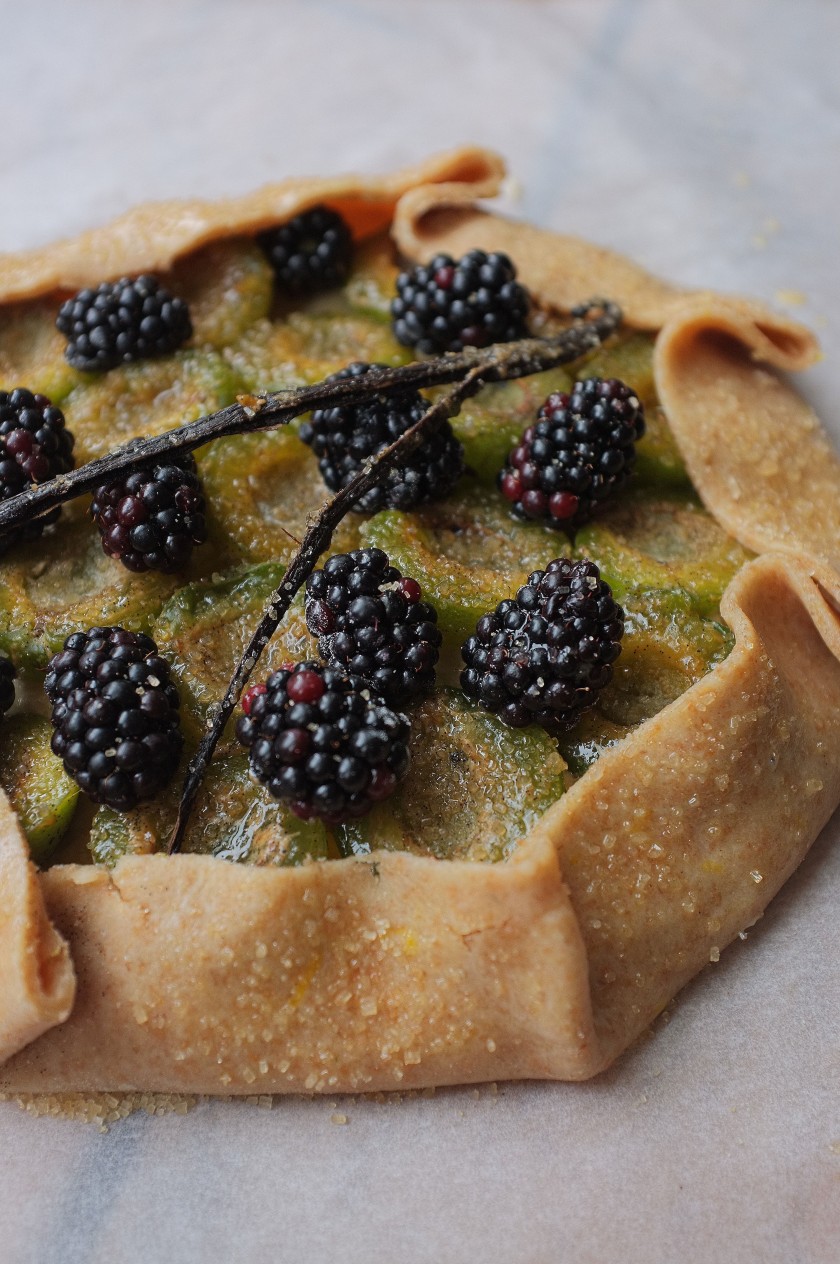 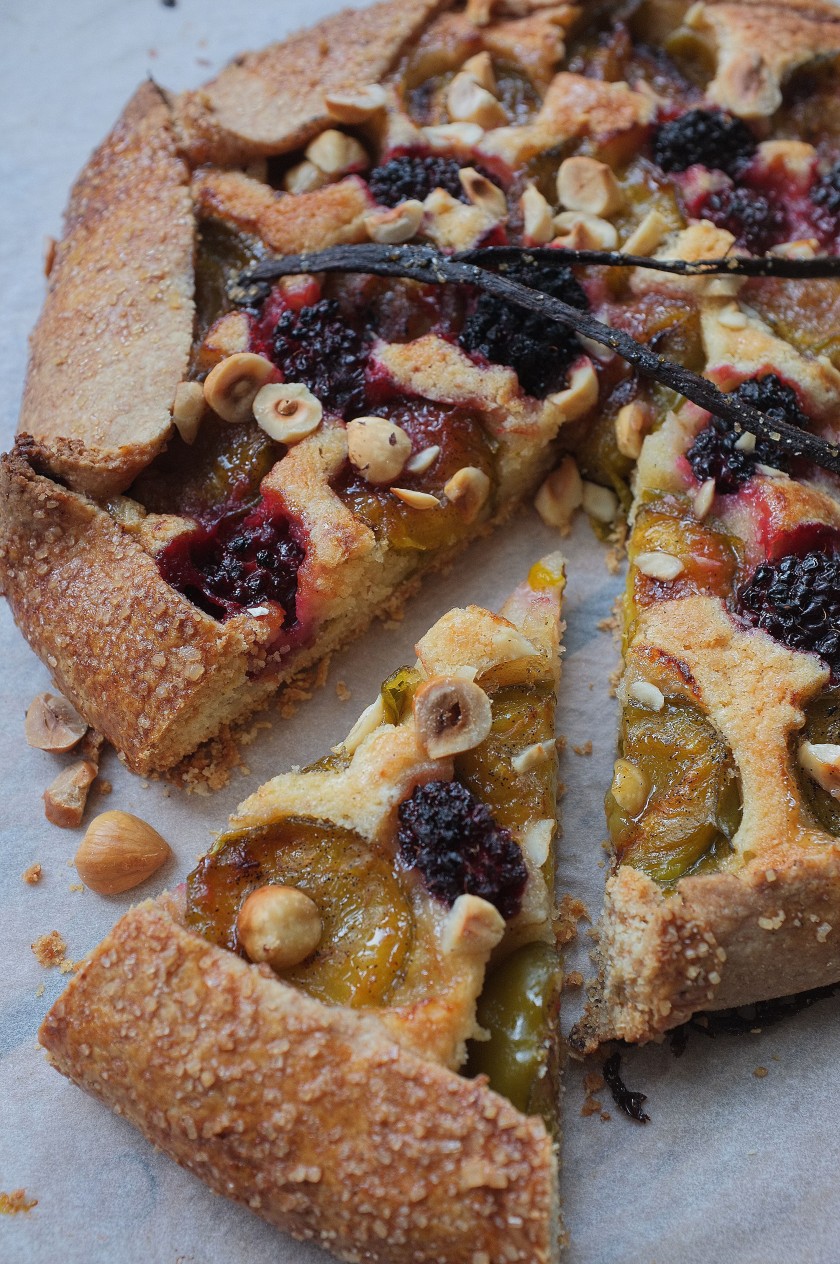 Another iteration of my all-time favourite bake, this time with fresh raspberries offset by oozing pockets of burnt butter caramel (inspired by Chin Chin Lab’s burnt butter caramel nitro ice cream). Brownies might not seem like the obvious thing to make mid-summer, but as these are studded with some token summer berries and can therefore be deemed seasonal, you should probably make them. 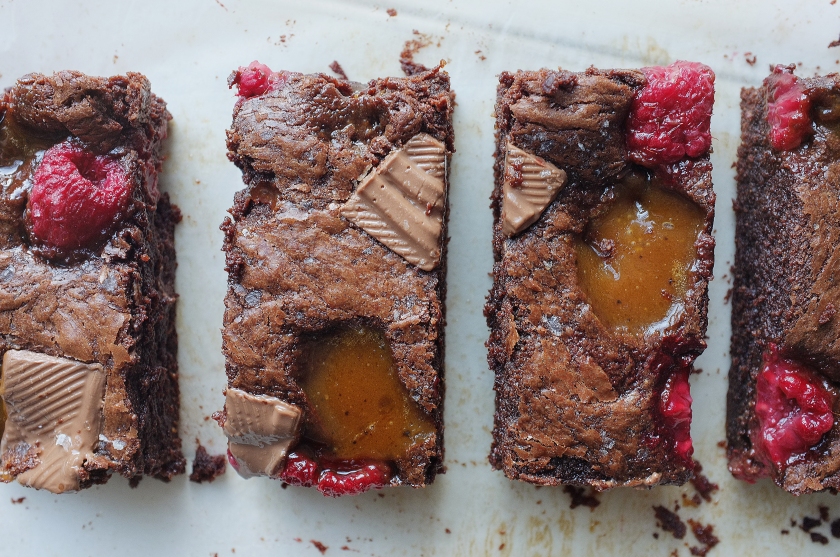 These cookie sandwiches are a culmination of my three favourite things; coffee, chocolate and ice cream. The pecans add crunch, and the bitter note of espresso prevents the result from being overly sweet. There’s not a lot else to say- other than go forth and make them (but proceed with caution, they’re like crack).

For the ice cream

I made this cake last weekend for my Dad’s birthday and it went down a storm. Granted, the flavours aren’t subtle and it’s not for the faint hearted (which neatly mirrors my Dad’s personality actually), but the punchy combination of bitter coffee, nutty hazelnut, rich but surprisingly light chocolate sponge and salted milk chocolate ganache just work (duh- that amount of cream, sugar, salt and chocolate is always going to be delicious). 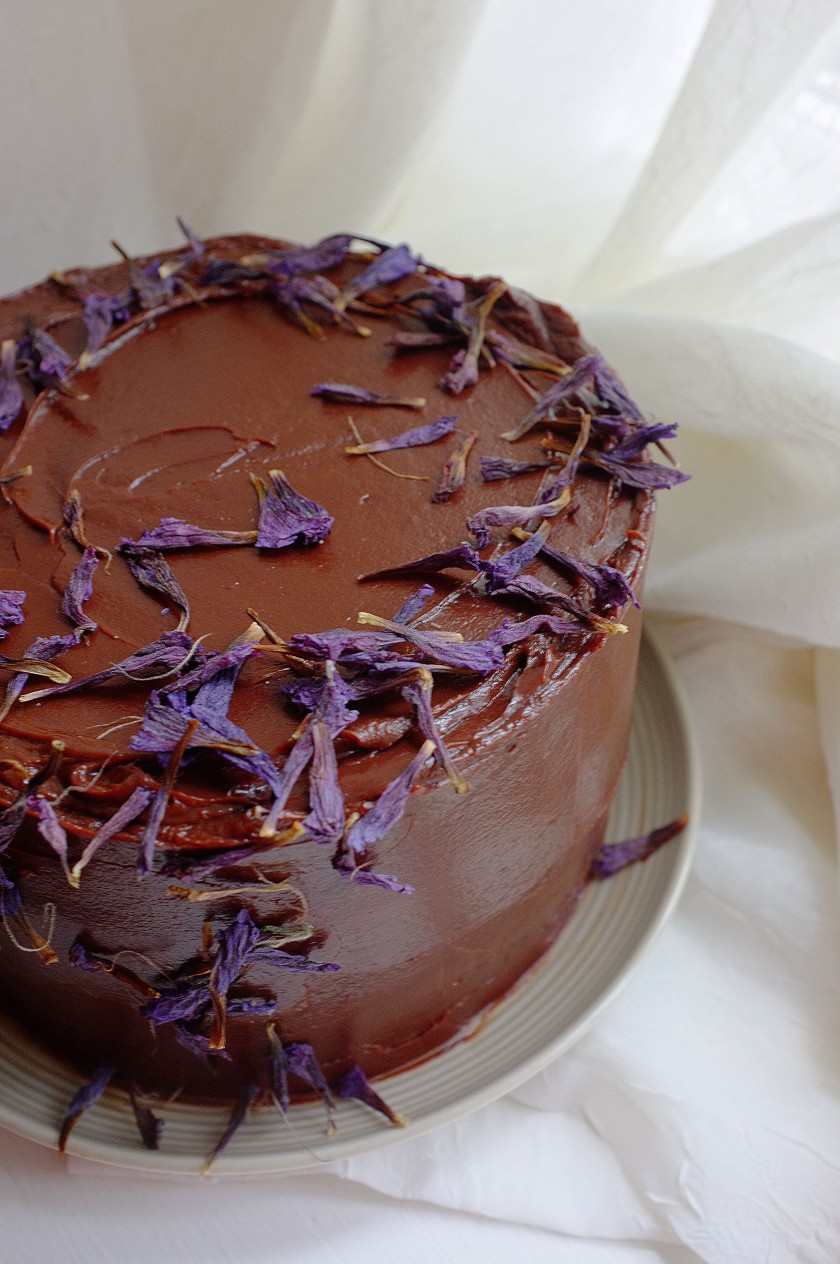 For the hazelnut praline caramel

For the salted milk chocolate ganache

For the coffee mascarpone filling

This vegan banana bread is perfect if you’re after maximum taste pay off in exchange for minimal effort; the method calls for just a mixing bowl and hand whisk and you’ll have it in the oven in less than 10 minutes. I add chunks of dark chocolate and a shot of espresso to my banana bread as it adds a great depth of flavour and slight bittersweet finish, but feel free to omit these (if you’re weird and don’t like my two favourite things). 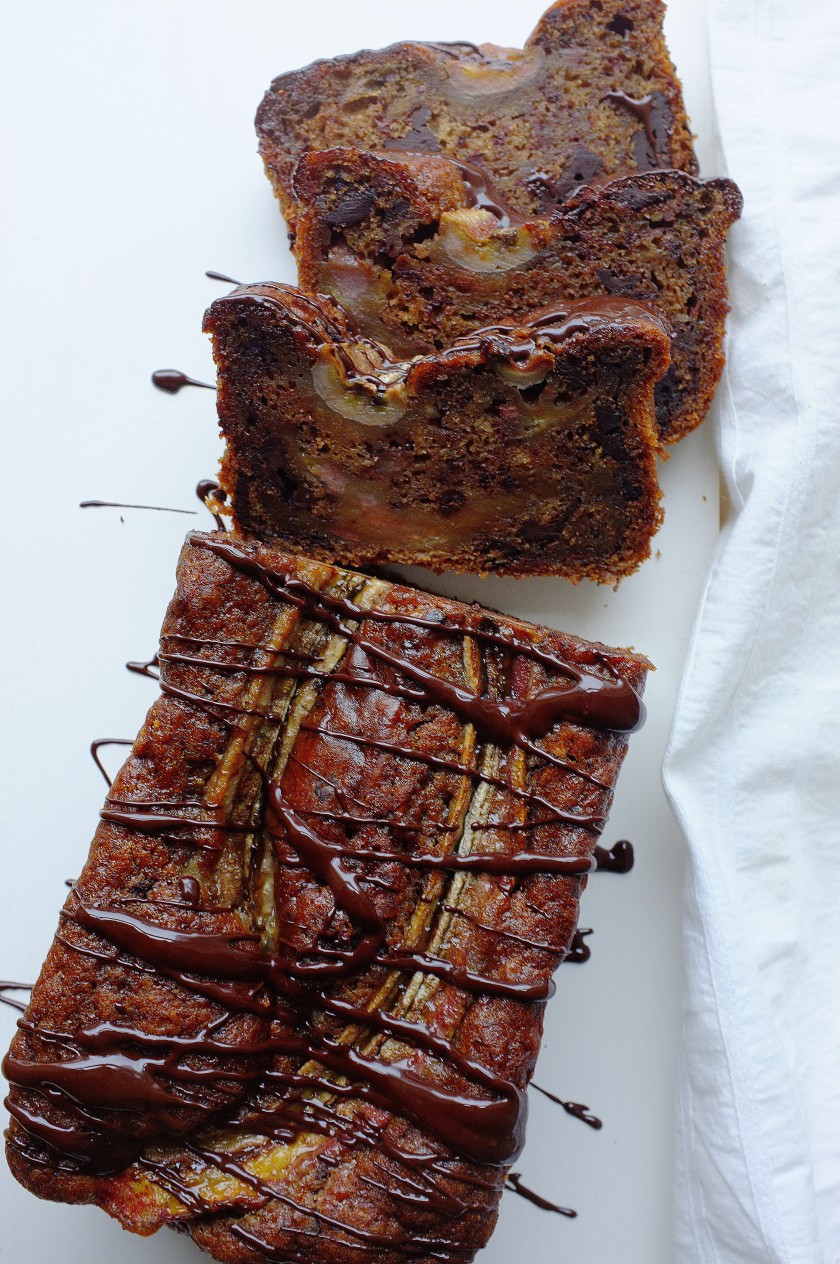 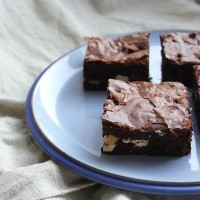